This weekend I have turned a bunch of old newspapers into baskets! I am a huge fan and user of Pinterest and found a lot of ways to make different kinds of baskets there. This is just two of them. So after a couple of hours of making the paperstrings, this is the result! I cheated a little by doing the bottom by gluing the sticks between two cardboard roundels. it became more stable and easier to work with! Otherwise it was pretty simple. But my advise is to use clothespins to keep the sticks in place.

Other models I’ve made: 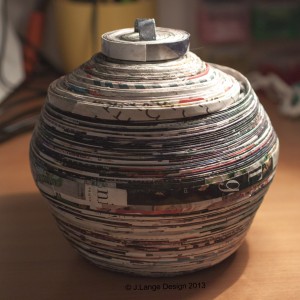 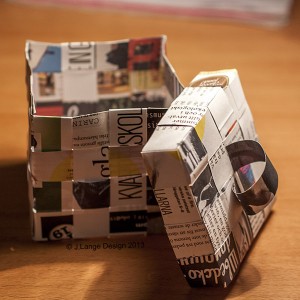